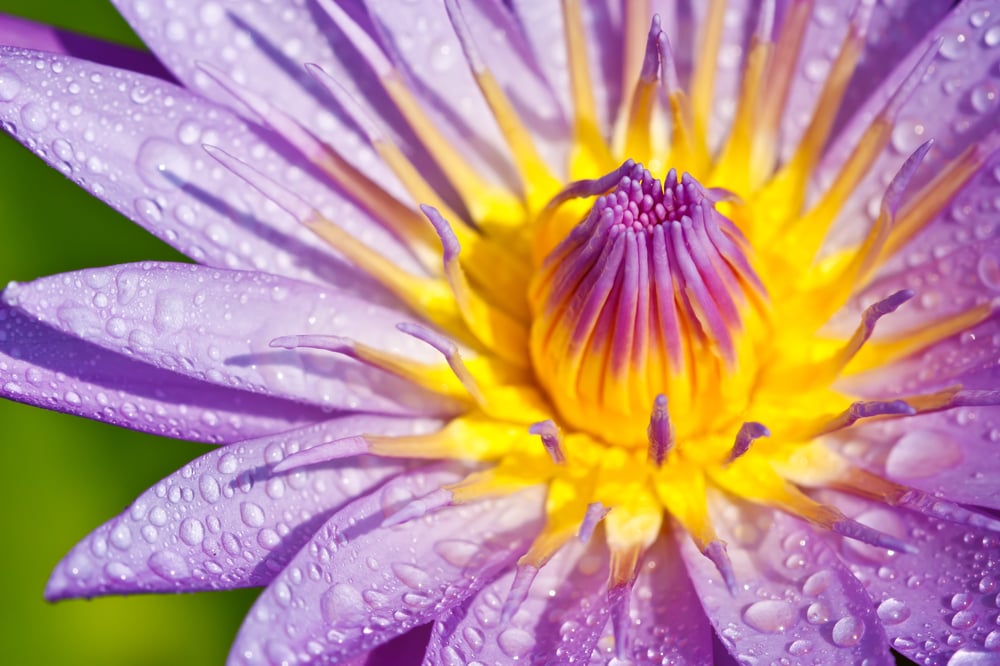 Introducing the lovely and sacred Blue Lotus vibrational remedy. Made alchemically by amplifying the frequency of the blue lotus flower essence, in the waters of the red and white springs of Glastonbury, representing the masculine and the feminine joined as one, the red spring is high in iron and the white spring is high in calcium and together they make a totality, a uniting of the two poles within us.
The holy springs at Glastonbury are known for their miracles and this is where King Arthur is buried and where Avalon originated. Legend has it that there is a dragon living under the mountain who protects the springs.
The blue lotus flower has been used for thousands of years medicinally and was held to be the most precious and prized herb by the Ancient Egyptians who used it extensively in spite of its rarity.
Taking the Blue Lotus remedy is like having silk poured on your nervous system it produces a gentle calming effect, relaxing the nervous system at a profound level, allowing us to return to a more normal response to the world, a response without tension in the body.
Blue Lotus is very useful for people who have difficulty sleeping, who are in states of agitation, or for people who just want to be calmer than they normally are throughout the day. The nice thing about blue lotus is that it in no way changes one's perception and if anything it enhances it by allowing one to come from a place of greater relaxation
The Blue Lotus was used in Ancient Egypt in high doses to connect to the divine and reach states of higher consciousness and it does this by encouraging this state of soft yet calm openness with the world where one is truly open to the human experience.
Blue Lotus allows the blueprint of this sacred flower to help instil the very true human experience of divine ecstasy and oneness with everything that is in sacred union.
Blue Lotus is very supportive when used in conjunction with Liberation the remedy, as it supports the nervous system as the heavy emotional layers arise and are cleared while walking through the Liberation process.